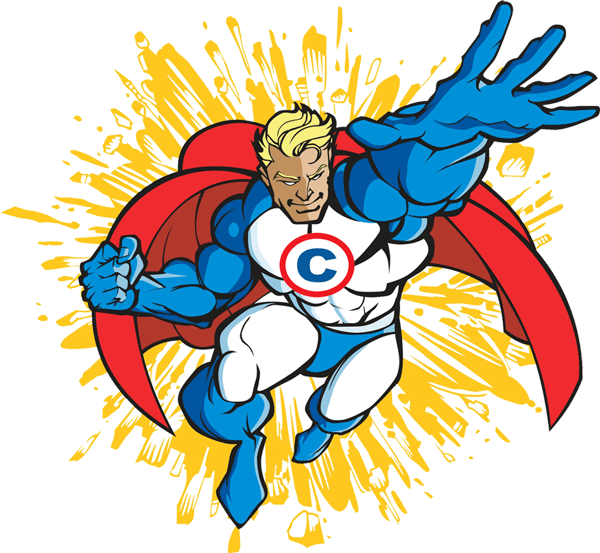 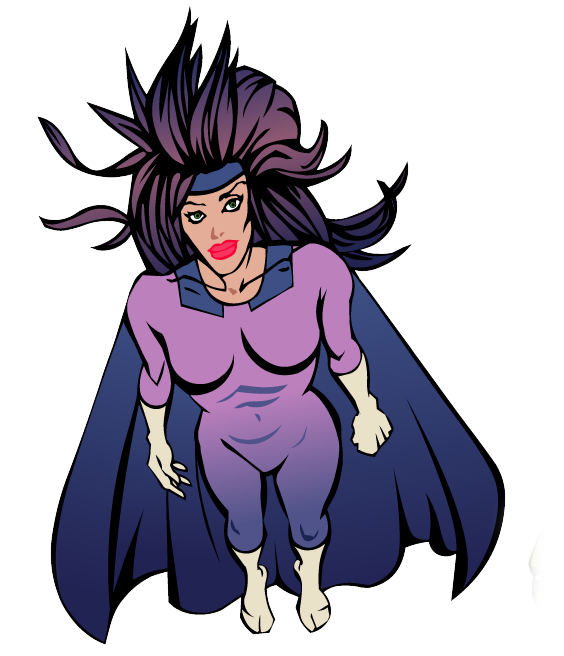 Powers:
Neuro-Pharmacologist Jessica Elliott was working on a series of experiments aimed at allowing humans to have greater control on the release of catecholamines for enhanced physical performance.

The 'accident' exposed her to new nuclides created by the Hadron Collider machine. These unprecedented nuclides fused the test immuno and cerebro-spinal augmentation ligands with Jessica's endocrine-nerve system. This reaction means that firstname as Miss Quantum has super strength levels (able to lift over 50 tonnes), superior speed and she has an ability to mesmerise a person and cause sometimes painful mental distraction (she is able to elicit a neuro-transmitter response in a person she is looking at). Miss Quantum can also fly and her powers are enhanced when in the presence of Photon and Neutron Star.

Associates:
Miss Quantum combines forces with Neutron Star and Photon. This is a legacy of the original 'accident' that gave Miss Quantum her super powers. Miss Quantum was the head of the ‘Dáinsleif Project’ and has affiliations to this project’s secret stakeholders. Miss Quantum revealed to John Stephen’s before 'the accident' that she was previously married to Ulysses Suzuka, CTO of the DeSuHu Corporation.

Jessica Elliott was a professional colleague of John Stephen's having met him only since the DeSuHu Corporation brought them together for their respective projects. Before ‘the accident’ she had been on the verge of a romantic relationship with John. Post the accident, the machinations of the DeSuHu Corporation have separated Jessica and John and Jessica is currently under the impression that John has discredited the work and aims of her project and is a rogue agent acting against the DeSuHu Corporation. They are currently enemies...but, will their memories and feelings return?

The Captain Photon The DeSuHu Corporation